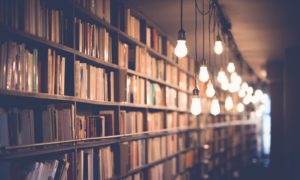 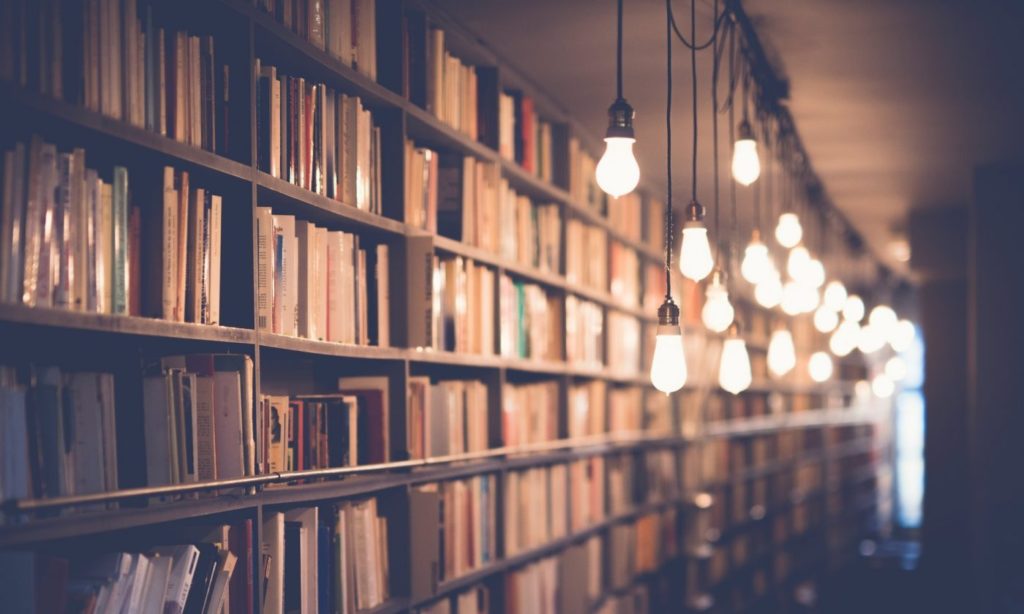 College students majoring in English know the quizzical look, followed by the question, “What are you going to do with an English major?”

But now, English majors are standing a little prouder, as top economists make the case that the world needs more English majors. A recent article in The Washington Post reports that as humanities majors slump to the lowest level in decades, calls are coming from surprising places — prominent economists — for a revival.

Robert Shiller, one of the foremost economists in the profession and a Nobel Prize winner, argues in his new book, Narrative Economics, that studying popular stories that affect individual and collective economic behavior — what he calls “narrative economics” — has the potential to vastly improve our ability to predict, prepare for and lessen the damage of financial crises.

The point of Shiller’s book is that stories matter, said Heather Long, the economics correspondent who wrote The Washington Post article, in an interview with American Public Media’s Marketplace. As Long explained, Shiller argues that economists have spent much of the last 50 years building elaborate data models to predict human behavior but should have been paying more attention to what’s in newspaper articles or what people are telling each other on the internet or by word of mouth. For example, “get rich quick by buying Bitcoin” or “did you know you can buy a house with no money down?”

In August, at the annual retreat of some of the world’s top economists in Jackson Hole, Wyoming, another economist remarked on the importance of storytelling. Philip Lowe, head of Australia’s central bank, encouraged his peers to spend more time focusing on being good storytellers, not just on numbers.

“It is also useful to tell stories about how our policies are contributing to economic welfare and to things that people really care about — jobs, income security, a decent return on their savings and the stability of the economy,” Lowe said.

An example of how good — or bad — storytelling can impact the economy is whenever the Federal Reserve announces its plans to cut, raise or keep the benchmark interest rate. Federal Reserve Chairman Jerome Powell has been heavily criticized not only for raising interest rates but also for failing to communicate his intentions.

Some critics blame Powell’s communication skills for recent market volatility. As the criticism mounted in September 2018, Powell announced that he asked a new vice chairman to run a subcommittee on communications issues. And now, the Federal Reserve advertising a job for a senior speech writer.

Why the Decline of English Majors?

The Fed isn’t the only employer looking for good communication skills. A 2018 survey by the National Association of Colleges and Employers found that the three attributes of college graduates that employers considered most important were written communication, problem-solving and the ability to work in a team.

So where did all the English majors go?

In her article for the Post, Long attributed the decline in humanities majors to the perception after the Great Recession that STEM (science, technology, engineering and math) degrees would lead to employment. The perception is backed up by statistics that reflect this migration from humanities to STEM.

While college enrollment has been up in the past decade, English majors in the United States dropped more than a quarter (25.5%) since the Great Recession, according to data compiled by the National Center for Education Statistics. At the same time, majors in computer science and health fields nearly doubled from 2009 to 2017.

While conventional thinking is that computer science and engineering majors have better job prospects and higher earnings than their liberal arts peers, David Deming argues in The New York Times that long-term prospects might be better for those English, history and social science majors.

According to the Census Bureau’s American Community Survey, computer science and engineering majors between the ages of 23 and 25 who were working full-time earned an average of $61,744 in 2017 — that’s 37% higher than the average starting salary, $45,032, earned by people who majored in history or the social sciences. The gap narrows, however, by age 40, Deming reported.

The narrowing gap is due partly to skill turnover being higher in STEM fields than other occupations. STEM employees must constantly keep their skills up as jobs change with the latest technology and as they compete with young college graduates. The STEM workforce as a result has slower salary growth and high exit rates.

Mid-career salaries are highest in management and business — occupations more often held by liberal arts majors than STEM majors. So while liberal arts majors might not make as much as their STEM counterparts right out of college, they catch up later, as the “soft skills” fostered in liberal arts education make them appealing to employers, Deming shows.

Curious about how much your English degree is worth in today’s job market? Take the PayScale Salary Survey and get your free salary report in minutes.

English majors can go on to make decent salaries in some surprising jobs. According to data from PayScale, some of the best-paying jobs for workers who have bachelor’s degrees in English and who have five to eight years of experience in their field include sales account manager, IT project manager, proposal manager, web developer and nonprofit executive director.

English literature majors earn an average mid-career salary of $78,300 a year with careers such as content marketing manager, communications director and copywriter.

If you’re considering majoring in English, do your homework to pick a program and school that will give you a good return on investment. College choice really can matter. PayScale ranked colleges by the best value for humanities majors — the category that includes English majors — allowing you to see the return on investment based on the 20-year earnings of alumni with a humanities degree from each school.

For humanities majors, return on investment really matters, because resulting career paths are often less defined than they are for STEM students. But less-defined career paths mean there’s a wide range of opportunities.

Yes, that Henry “Hank” Paulson — the victim of a recent death hoax, but more famously known as the former chairman and CEO of Goldman Sachs and the U.S. Treasury Secretary during the 2008 financial crisis. Of course, Paulson and others don’t necessarily have English degrees alone. He later went on to earn an MBA from Harvard Business School.

A Degree With Flexibility

English can be a valuable bachelor’s degree to earn before moving on to a master’s degree. Studying English requires analyzing texts and crafting persuasive arguments, two skills critical to work as an attorney. According to an analysis of the jobs English majors reported having in the 2010-2012 American Community Survey, 7.7% are in the legal profession, with occupations such as a lawyer or judge.

The critical thinking and communication skills of an English major can be valuable across many fields. But the ability to tell stories is a skill that continues to be elevated in importance not just by economists. In the age of big data, companies are increasingly needing people who can effectively use the data to drive business decisions, according to communications expert Nancy Duarte’s new book, Data Story. Duarte argues that scientists need to become better storytellers, to help people understand the data. An article in Harvard Business Review also cited communication of the data as a key skill for data scientists.

Storytelling: A Skill for Everyone, Not Just English Majors

Even if you aren’t an English major, an economist or a data scientist, storytelling can be a skill that is valuable across every profession and even before you have a job.

In a job interview, being able to tell your personal story in a way that highlights your strengths, is relatable and shares your plans for the future could help you get the job. To tell your story, don’t just recite your achievements chronologically — such as when you graduated from college, landed your first job, etc. Think what experience you value most and how it influenced the worker you are today. What was your greatest challenge, and how did you overcome it? The story that you tell about yourself will be infinitely more interesting than just regurgitating your career timeline.

Before a job interview, make sure you know your audience; do your research about the company to determine which elements of your story will be most relevant to it and the specific role you’re applying for.

In any job, you can use storytelling to help get a point across. If you’re more effective at motivating and persuading people in your job, that could lead to a promotion or special recognition.

And if you’re a leader, storytelling can make you a better at your job. It can be used to help people get on board with your plan or paint a picture of the future you want for the organization.

Storytelling doesn’t have to mean elaborately crafting a big story. Instead, think of “small stories,” the anecdotes concerning real-life experiences that people tell every day in conversations, said Shawn Callahan, author of Putting Stories to Work.

“Look for times when you can make a point, tell a story to reinforce it,” Callahan said, “and collect your rewards from the faces of the people around you.”

What other professions require storytelling as a skill? How has storytelling helped your career? We want to hear from you. Share your thoughts in the comments or join the conversation on Twitter.